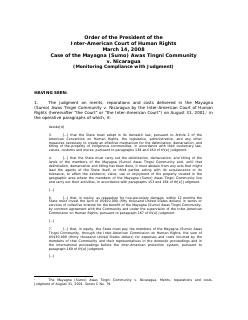 Mayagna Awas Tingni Community. Monitoring compliance with Judgment.Order of the President of the IACourt of March 14, 2008.doc