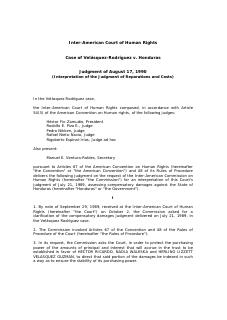 Velasquez Rodríguez.. Interpretation of the Judgment of August 17, 1990.doc