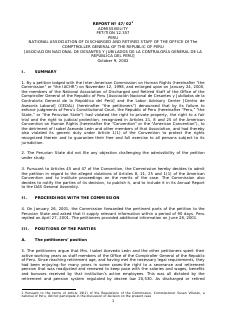 National Association of Discharged and Retired Staff of the Office of the Comptroller General of the Republic of Peru. Admissibility Report N° 47-02.doc