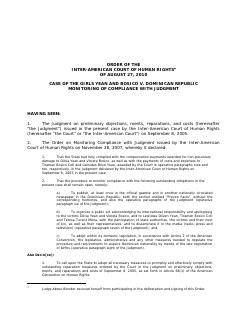 Girls Yean and Bosico.Monitoring compliance with Judgment. Order of the IACourt of August 27, 2010.doc