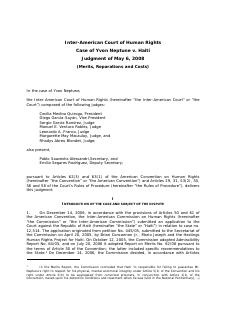 Yvon Neptune. Merits, Reparations and Costs. Judgment of May 6, 2008.doc