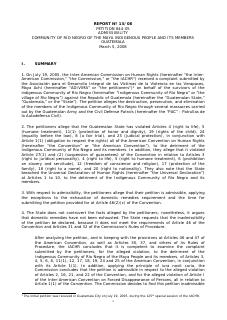 Community of Río Negro of The Maya Indigenous People and its Members. Admissibility Report N° 13-08.doc