Kuna of Madungandí and Emberá of Bayano Indigenous Peoples and their members. Admissibility Report N° 58/09 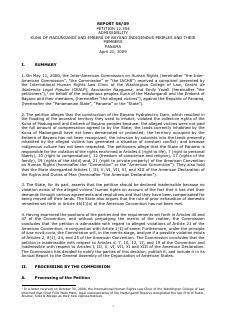