Cabrera Garcia and Montiel Flores. Order of the IACourt. August 21, 2013 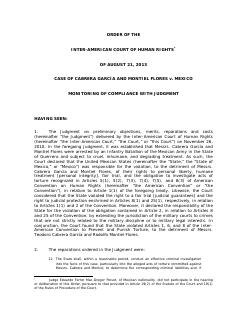