Caballero Delgado and Santana. Order of the IACourt. February 6, 2008 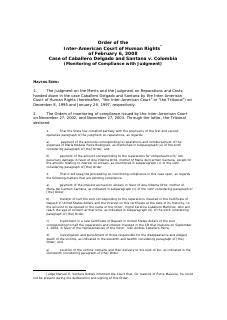